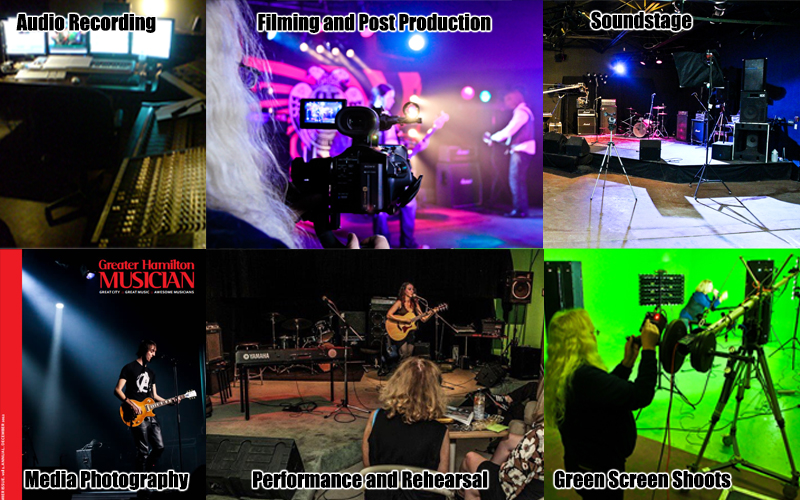 The main control room A is the bridge of the ship which includes a control room B, a media centre with editing suites and camera switcher, isolation booth with double glass windows looking into two performance sound stages.

First Official Debut Music Video filmed by QED Media Shot in one day (along with 4 other tracks off her debut EP), J’Nai has officially released her first music video! Official music video The band traveled to Hamilton to shoot 5 music videos in February at Q.E.D. Media with Dave Beatty producing and editing the clips. “Accident” is the first to roll out to coincide with the campus radio release of her single. The band has been growing in leaps and bounds locally and has opened for some pretty impressive artists such as Michael Schenker, Uli Roth, Vince Neil, and coming later in March (7th) the band will be opening for Queensryche. They will also be showcasing at this year’s CMW with a date at Cherry Cola’s on March 20th at 8pm. Known for their visually explosive sets, this is one show you won’t want to miss! http://www.jnai.ca http://www.youtube.com/jnaitunes/ http://www.sonicbids.com/jnai/ http://www.myspace.com/jnaitunes http://soundcloud.com/jnaitunes https://twitter.com/#!/jnaitunes Plato’s Cave Toronto Record Label

League of Rock on Dragon’s Den

Did someone mention “HAMILTON” !!?? You’ll have to watch it to see — MORE updates to come 🙂 Rock on! WATCH THE LEAGUE OF ROCK DRAGON PITCH NOW 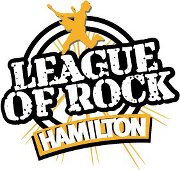 ADULT MUSICIANS STUCK IN THE BASEMENT IN HAMILTON GET THEIR CHANCE TO HIT THE STAGE HAMILTON. Please visit the Facebook event page here – Press Release February, 2013 – The League Of Rock is coming to Hamilton. The next LOR Chapter will give adult musicians stuck in the basements of Hamilton the opportunity to unleash their musical talent at two OPEN HOUSE EVENTS. One on March 24th, and one on April 21st, 2013. Both run from 7pm to 11pm. Events occur at League Of Rock Hamilton Headquarters – QED Media, 205 Cannon St., Hamilton, Ontario. The League Of Rock’s Hamilton OPEN HOUSE events will give media, owners and managers of  live venues, rehearsal facilities, recording studios, and most importantly, adults who want to join The League Of Rock, a chance to meet the people behind this great program. Attendees can jump into a jam, sing, pick up an instrument, get tips from the LOR’s pro coaches, or simply listen and find out more about The League Of Rock Hamilton. LOR Founders, Terry Moshenberg and Topher Stott, along with Chapter Coordinator, Dave Beatty, will be on site to answer questions, share their stories about LOR’s history and welcome those who join The League Of Rock’s first Hamilton J.A.B. (Join A Band) Session for adults. League Of Rock Hamilton’s new Chapter Coordinator, Dave Beatty, owner of Hamilton’s own QED Media, got his musical start in Hamilton touring as a guitarist. Dave is thrilled to be joining the LOR team, and promises to deliver the same unforgettable adult music experience The League Of Rock is known for. “It’s an honor to represent the LOR in Hamilton. There are so many adult musicians in this area who play an instrument or sing and who are stuck in the basement, having nobody to jam with or having never shared in a band experience. The League Of Rock is an incredibly creative outlet for adults. I’m happy to be part of the LOR team and to share in this wonderful process.” LOR Hamilton is proud to be sponsored by some of Canada’s leading Gear Companies including Roland/Boss http://www.roland.ca/, IK Multimedia http://www.ikmultimedia.com/, Dean Markley Strings http://www.deanmarkley.com/ and Paiste Cymbals http://www.paiste.com. Since 2006, The League Of Rock has catered to almost two thousand adult singers and musicians who want to get out of the basement, and has also produced many corporate Team Building Events for some of the world’s biggest and best companies. From lawyers and marketing executives to teachers and dentists, The LOR gives the “hidden musical population”… adults stuck in the basement, and having nobody to jam with… an outlet to express an incredible amount of musical creativity. With chapters in select cities across North America, LOR members are drafted into bands and enjoy a 10 week J.A.B. (Join A Band) Session. Members rehearse at professional facilities, get coached by famous and professional musicians, they record a song in world class studios, and perform at landmark venues. On the corporate side, LOR also produces Team Building Events and Company Music Leagues for organizations worldwide. Media Contact: Terry Moshenberg, E: Terry@LeagueOfRock.com T: 416.908.5284 Visit the Facebook event page here Visit the official LEAGUE OF ROCK page here